This is an excerpt from a longer structured improvisation I created and performed in November 2019 for the 50th anniversary of Oberlin Conservatory’s TIMARA electronic music program. It is an homage to all the creative people who came before me and helped shape who I am. All sounds generated live with accordion and electronic effect pedals.

This version was created for William Schimmel’s summer 2021 seminar concerts for the American Accordion Association.

The Waning Moments of Raphus Cucullatus

“The Waning Moments of Raphus Cucullatus” is a musical narrative of the last moments of the last dodo bird. The piece was inspired by a passage in journalist/author David Quammen’s fascinating book, “The Song of the Dodo”, which imagines just such a moment and meditates on what extinction really means.

The last living dodo was seen by a marooned Dutch sailor on an islet near Mauritius in the Indian Ocean in 1662. The species likely went extinct shortly thereafter.

Written for accordion, bass accordion, and electric guitar, the original composition was created in 2013, and recorded in 2017.

Mixed and edited by Peter Flint.
Recorded at the Barn at Flint Woods, Delaware, 2017.

Here’s a video of my latest piece for the Bachtopus Accordion Ensemble. Performed live at St. Peter’s in Chelsea, NYC on October 9. It was inspired by the annual emergence of the cicada broods in the summer. Performed by Rob Duncan, Denise Koncelik, Mayumi Miyaoka, Jeanne Velonis, and myself. Enjoy!

I had a fantastic trip to Havana to hear the Camerata Romeu, conducted by Zenaida Romeu, perform the premier of my piece Dance Dance Dance for String Orchestra. The orchestra played wonderfully and really nailed the tough rhythms I had in there. The concert venue, the Basilica de San Francisco in Vieja Habana, was effectively sold out, with about 400 people in the audience, most of them Habaneros. I was truly honored to have my music played by such a great group in a unique setting.

There was a professional video and audio crew there so hopefully I’ll get access to their edited versions eventually. For now, here’s a link to some video I made of the third movement of the piece. I’ll have all the audio up shortly. Enjoy!

Check out my latest project – accordion, guitar, and electronics, collaborating with my friend Ben Kaplan. A pretty different and exciting new direction for me. Available now for streaming and download on Bandcamp.com. 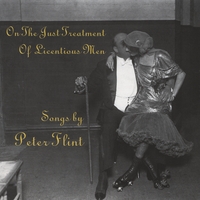 A collection of contemporary art songs by Peter Flint that range from meditative solo piano and voice to rowdy romps with a full chamber band. END_OF_DOCUMENT_TOKEN_TO_BE_REPLACED 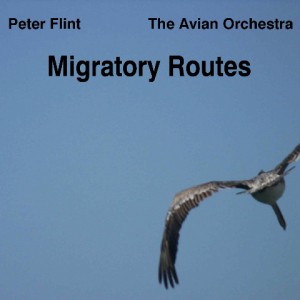