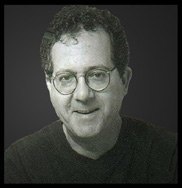 David Rubinstein has received awards at the Ojai Festival, the Diana Barnhard American Song Composers Competition and the 2003 Renee Fisher Competition, which commissioned his latest piano work, Toccata. Recent compositions included Cappuccino Conertino, featured on the “In Praise of Music” Series in Los Angeles and Sonatina for Woodwinds, premiered by Calico Winds and featured on the Bakersfield Symphony New Directions Concerts. He has scored, orchestrated and conducted a number of films, including Marching Out Of Time and The Opera Club as well as theatrical productions such as Guare’s Landscape of the Body. Performing the classic repertoire as well as his own music, his pianistic style is noted for its unobstrusive technique. Appearances during the 2001-2002 season included the Poulenc Sextet with the North Winds Quintet, the Bach Concerto in D-minor with the Cal State L.A. Baroque Ensemble and numerous performances of his solo piano work, Curious Assortment.