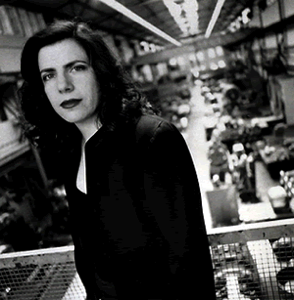 Annie Gosfield has created a body of work that includes large–scale compositions, chamber pieces, electronic music, video projects, and music for dance. Her work often explores the inherent beauty of non–musical sounds, and is inspired by diverse sources such as machines, destroyed pianos, warped 78 records, and detuned radios. She uses traditional notation, improvisation, and extended techniques to create a sound world that eliminates the boundaries between music and noise, while emphasizing the unique qualities of each performer. Annie lives in New York City and divides her time between performing on piano and sampler with her own group and composing for many ensembles and suloists.